WHERE YOU LEAST EXPECT IT…

Despite living in a city full of canals and never having seen anyone finishing in them, a marriage of fisherman friends assures me that they have captured several snappers under the bridge in the middle of the city. 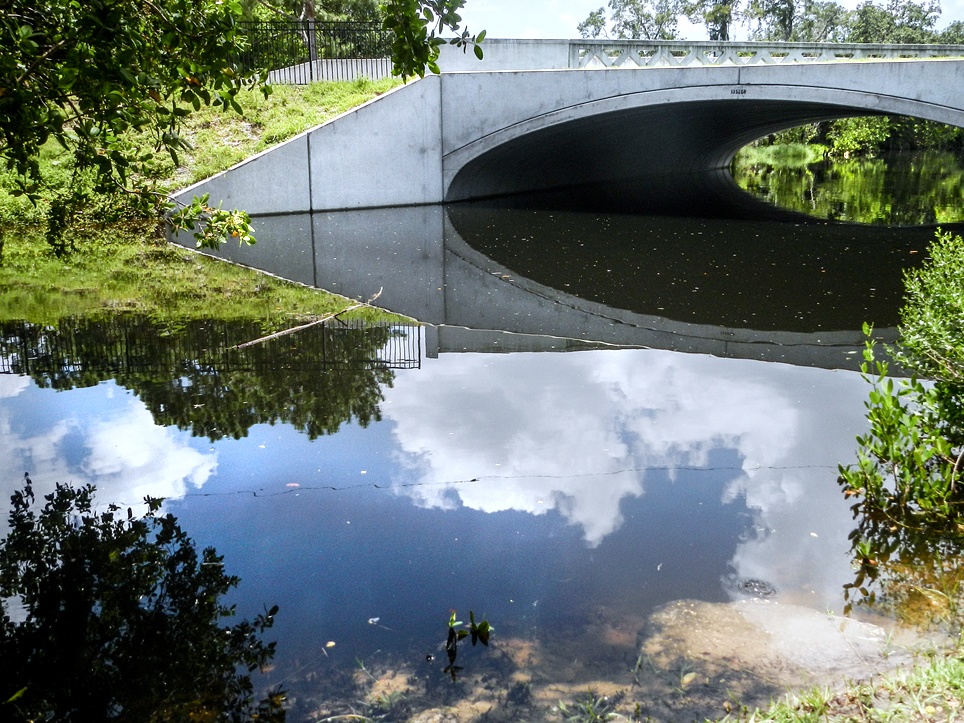 Very little water could be seen under the bridge, and very strong sunlight bathed the area. With such hot water, there mustn’t be anything here -I thought-, and I started walking toward a narrow bend in the river where a few trees prevented the sun from rising the water temperature further. The water looked darker in the middle, giving away a greater depth. My instinct told me that if there were any fish, they should be in those locations, perhaps more downstream, where the water was cooler. 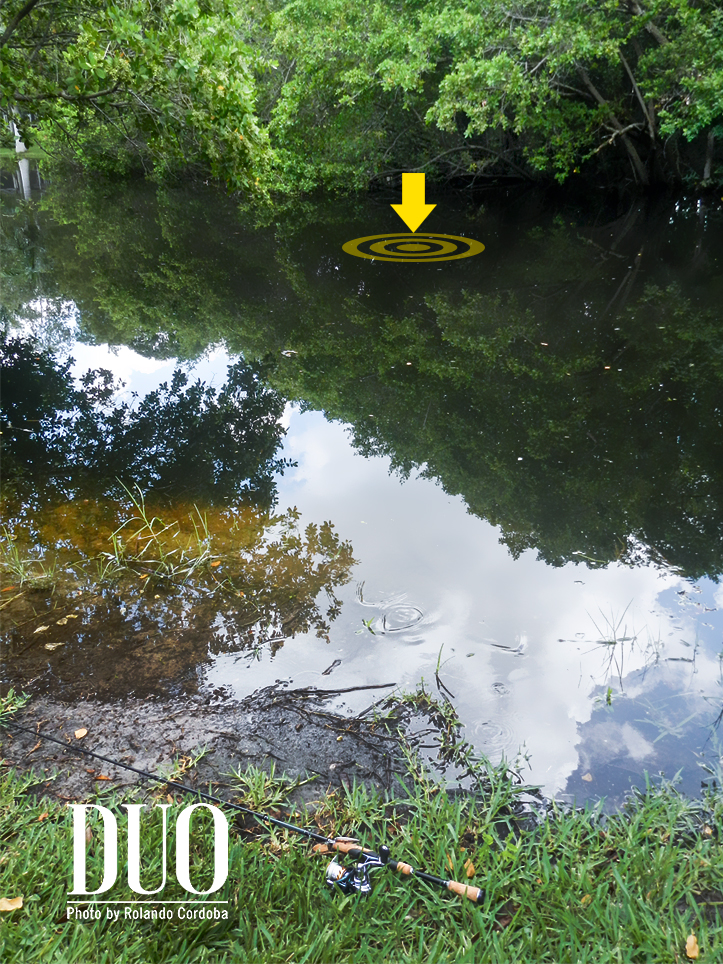 I decided to assemble my light gear with DUO’s Schwans, lures that I had been testing days before with great results. The Schwans are floating and they have only two simple fishhooks with the tips facing up, solutions, blessed solutions! They’re ideal to avoid any tangling in the bottom of that unknown body of water. 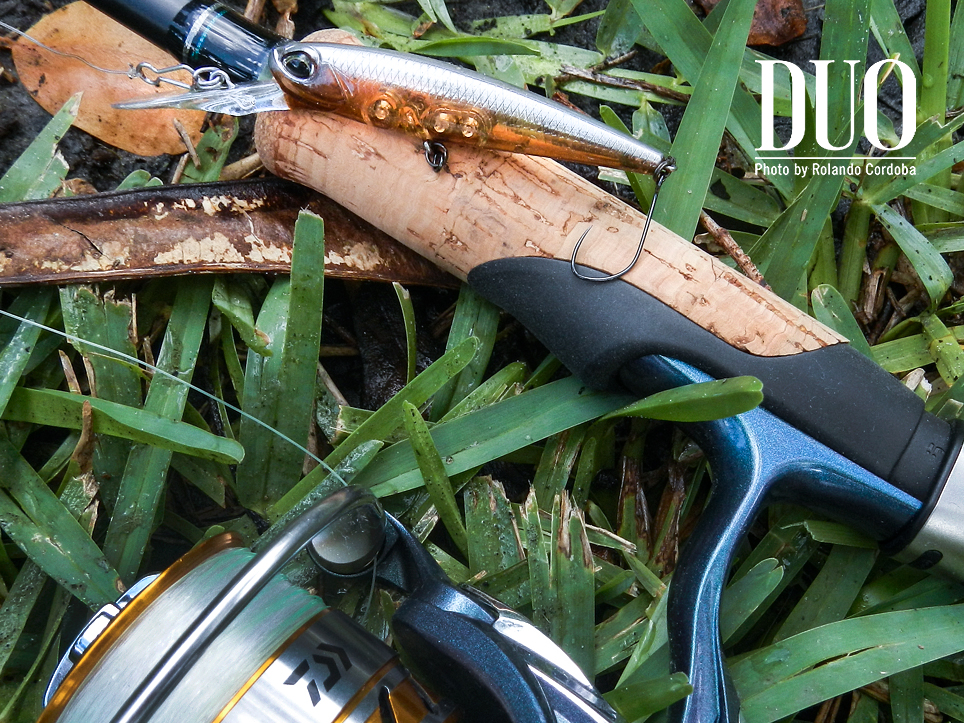 While I placed my rod on the ground to close my boxes and find my camera, something right in front of me, below some branches, caused a slight ripple in the water. Usually my shots aren’t very certain, but I must acknowledge that with my first shot I managed to place the lure inches from where the water had initially moved. The Schwan rose to the surface and without recovering, I moved it softly and very slowly with the tip of the rod, then once more and… nothing. I left it still a couple of seconds so I could begin softly moving it again and take it to the center of the canal. Here I recovered the hanging line and with a good tug I managed to submerge it abruptly so that its internal sound and the splash it made when it sank caught the attention of everything close by.

Right after it sank, I felt a dry tug that immobilized my line and moved it to the side, taking away the tension from the tip of my rod. What happened? While I was trying to find an answer, I saw a beautiful glistening tarpon jump out of the water and then fall with a loud crash in the middle of the canal. I saw it sink to the bottom with my line coming out of its mouth. What? Here? I felt an adrenaline rush and a deep shock to find a tarpon with light gear and in such reduced space. Wow! 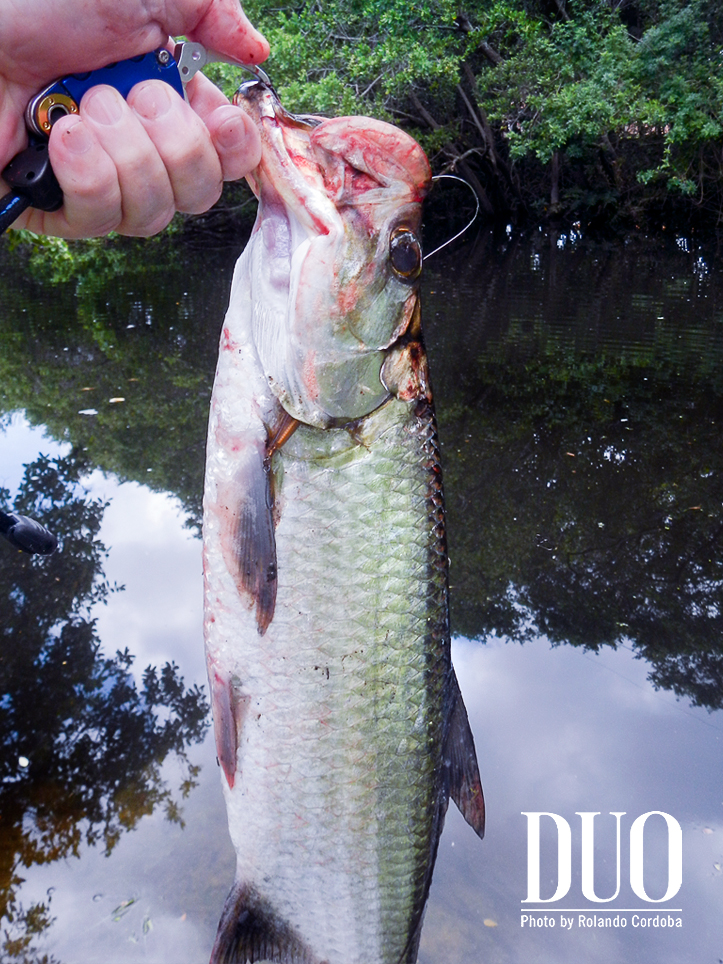 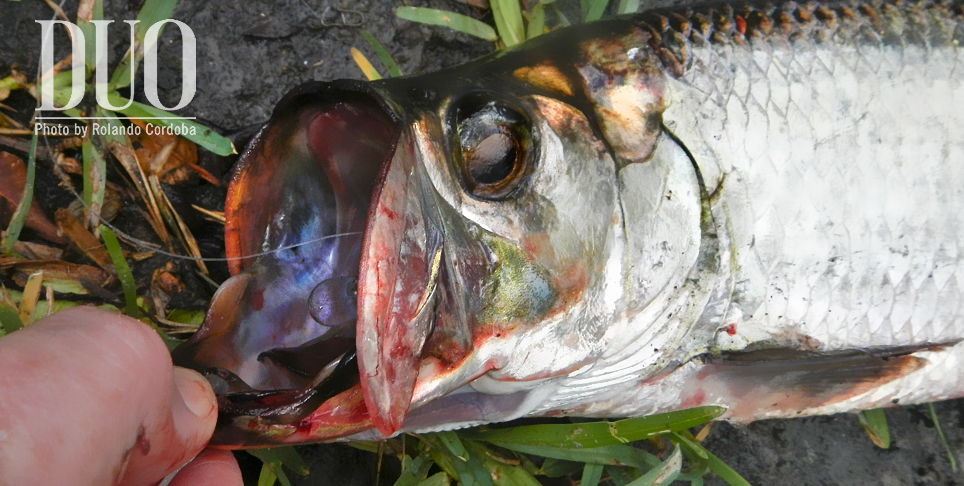 Knowing the battle skills of this species, I thought of closing the break of the reel, but that would have endangered my 6 pound line. The small Schwan lures weren’t suitable either for the harsh mouth of the tarpon. I think that it was instinct what told me to resist more with the position of the rod than with the break of the reel and to try to bring the tarpon to shore as soon as possible. 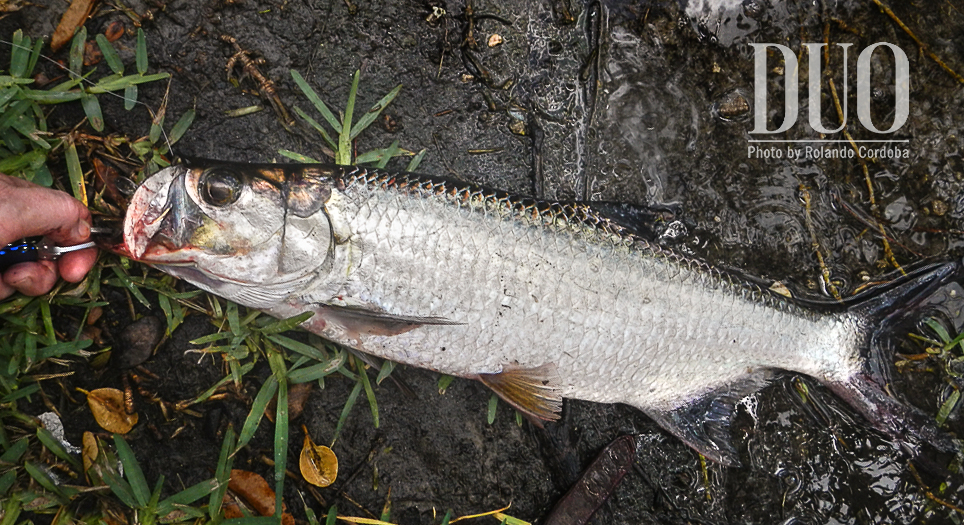 The small tarpon had swallowed the lure in its entirety. Its two fishhooks had become tangled inside his mouth, one to the side and the other close to the first gill, which drew some blood. There was no doubt that with both fishhooks engaged, the lure could resist the efforts and jumps without becoming damaged. The fact that they were barbless hooks made extracting them and verifying the health of the fish once it was swimming away very easy. 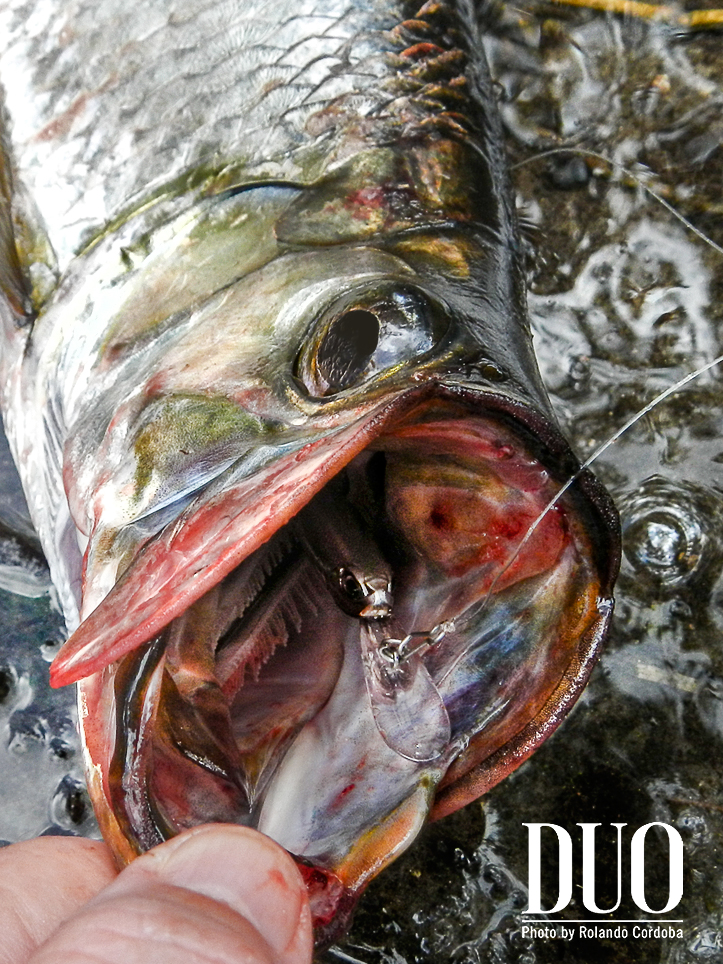 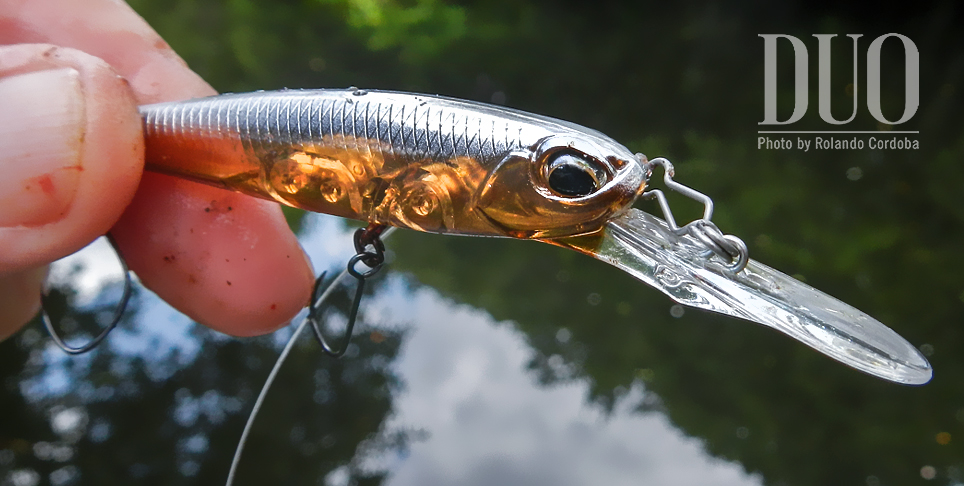 As soon as I took pictures sent them to my friends, I told them about the tarpon’s fight with my light gear. I was as excited as if the tarpon (of only 60 cm) had weight more than 150 pounds. On my way back home I thought of the response I gave Gail, the wife of my friend when she said “You see, Rolando? The hare jumps where we least expect it!” to which I replied “And a tarpon too, Gail! A tarpon!”