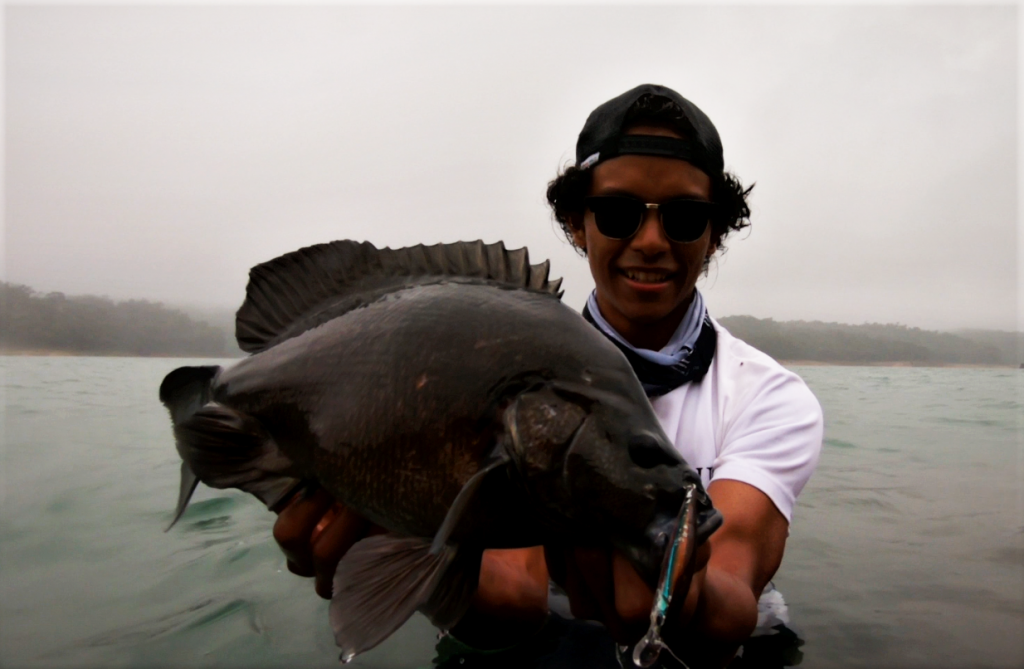 For me, this is where my love for lure fishing was discovered – fishing the freshwater creeks and dams of Far North Queensland. And in fact, it was a Sooty Grunter (Sooty) that became my first wild fish caught casting a lure. Since that day – 5 years ago – Sooties have remained one of my favourite species to target. What they may lack in size, they more than make up for in aggression and strength. It is rare to come back from a Sooty mission without broken trebles, snapped lures and multiple bust offs. They truly are one of the most underrated light tackle sportfish in FNQ.

Over the last few months, Sooties, among other species have been extremely active. This spike in activity coincides with spawning and the regions annual ‘wet season’, in which I have had many successful sessions landing double figures of healthy fish.
On a recent trip to an isolated dam, various lures from the Realis range performed extremely well, with the Rozante 63SP being a clear stand out. 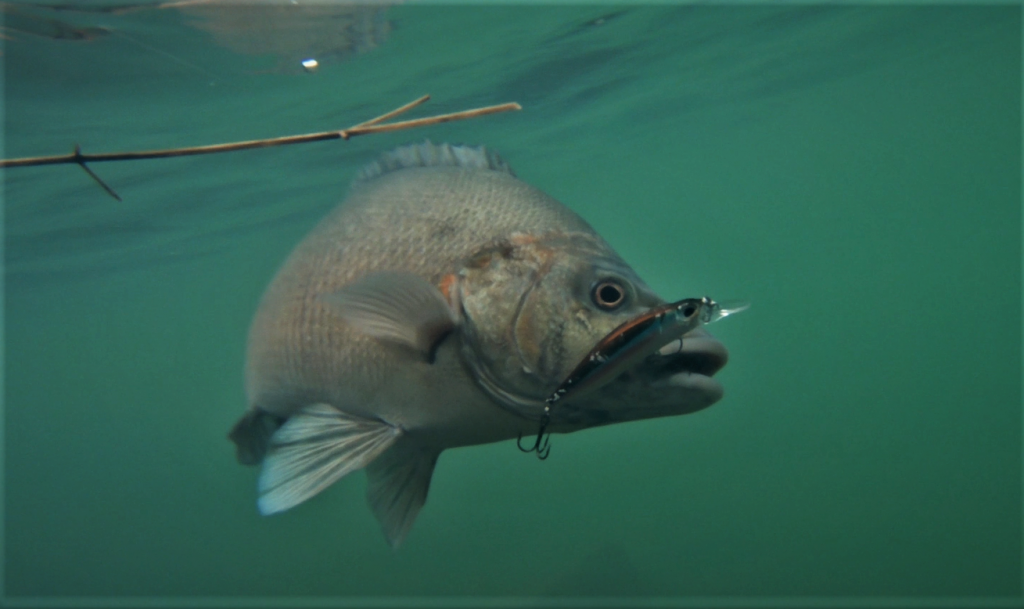 Rain, cold weather and clear water meant that the fish were very sluggish and not as aggressive as usual. Being in a dam, a more subtle and realistic approach was needed… Adjusting the technique and downsizing line class were still not working as I had expected, and my usual lure choice wasn’t producing the fish numbers or size. Searching through the tackle box, I saw the Rozante 63SP and thought,

Slowly winding the handle and using a very subtle double-hop followed by a pause and sweep of the rod, turned a tough bite into a much more productive session with many fish landed. 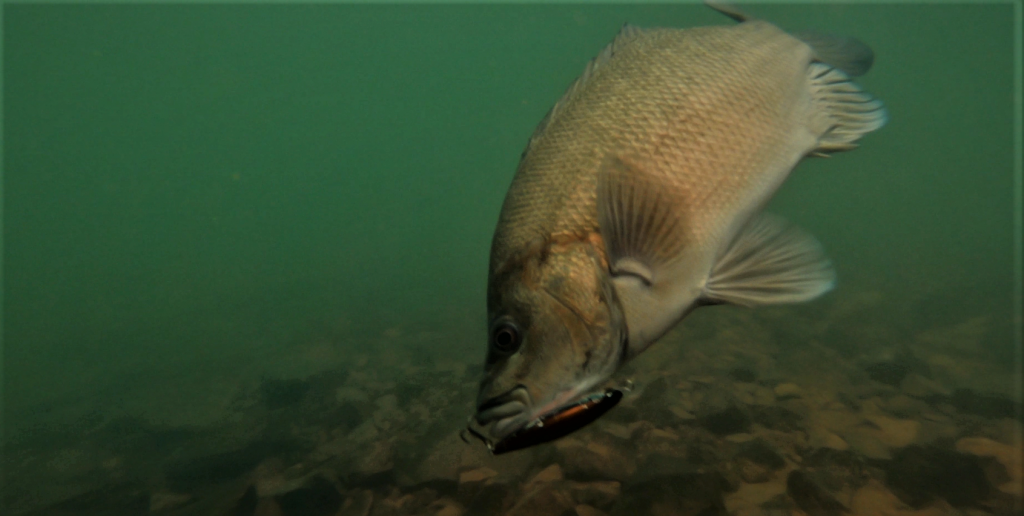 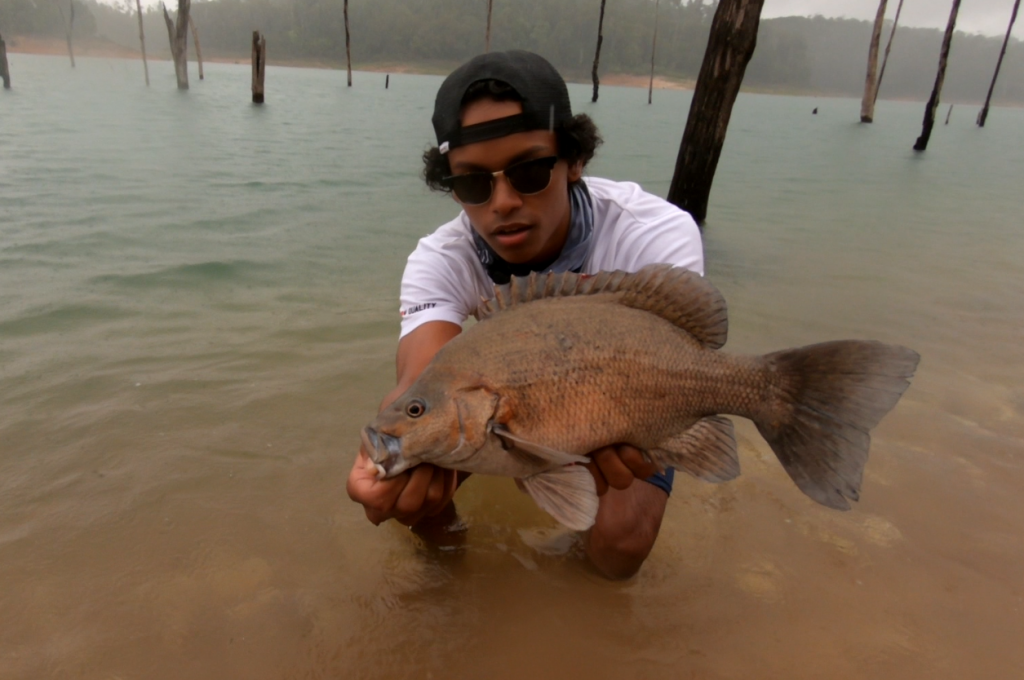 Having cracked the pattern in the dam, I thought I might try this newfound hardbody on some creek Sooties.
We were fishing a fast-flowing river and as anticipated, the Rozante’s seductive body roll and realistic pattern fooled many fish. The only thing needed to be modified was the retrieval. How good is that?!

The faster flowing water required the reel to be wound constantly to keep in contact with the lure. This meant the retrieve was much faster and sharper, giving these fish exactly what they wanted: distressed prey, being swept through the whitewater. 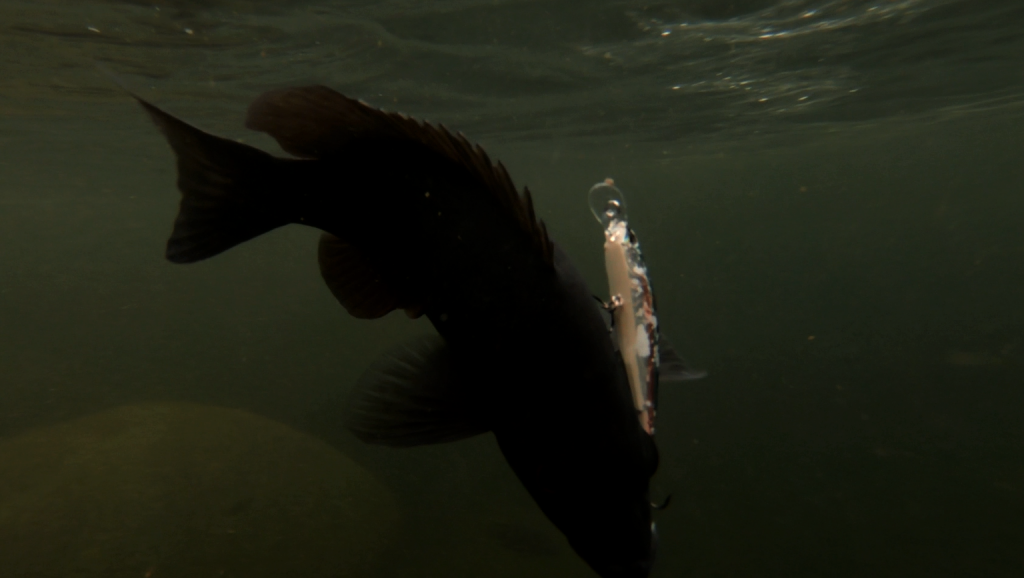 The Rozante handled the fast water brilliantly with no spinning out or fouling. Sooties aren’t the only species to target in these creeks and it was a bit of a surprise to land this small head grunter with these unusual gold flecks (above image). Like Sooties, this species punches well above its weight and you can easily end up with a few straightened hooks. 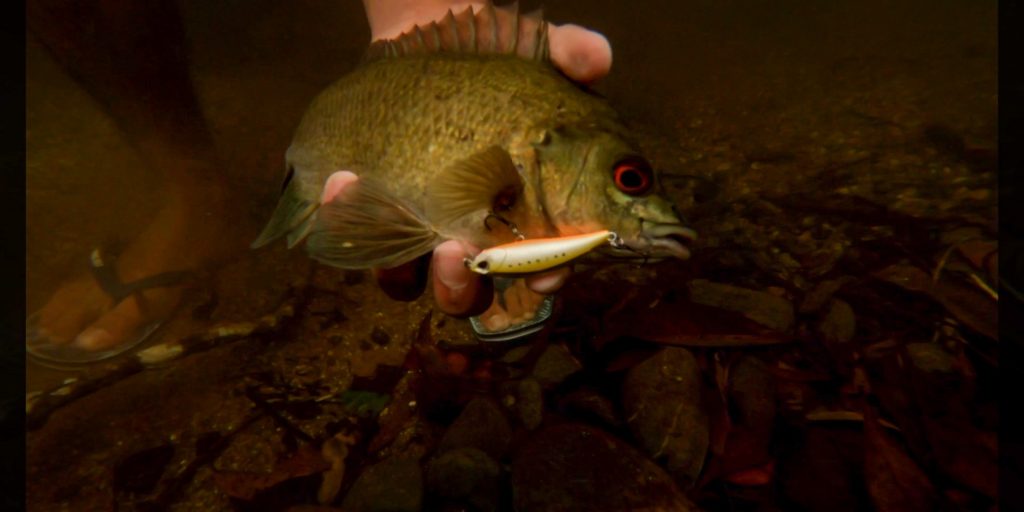 After losing my Rozante 63SP to a much larger fish, I decided to switch to a smaller TETRA WORKS TOTO 48HS. It lasted about 4 casts before losing all its spilt rings and trebles! By this stage we were worn out and ready for a feed, so we made our way back. 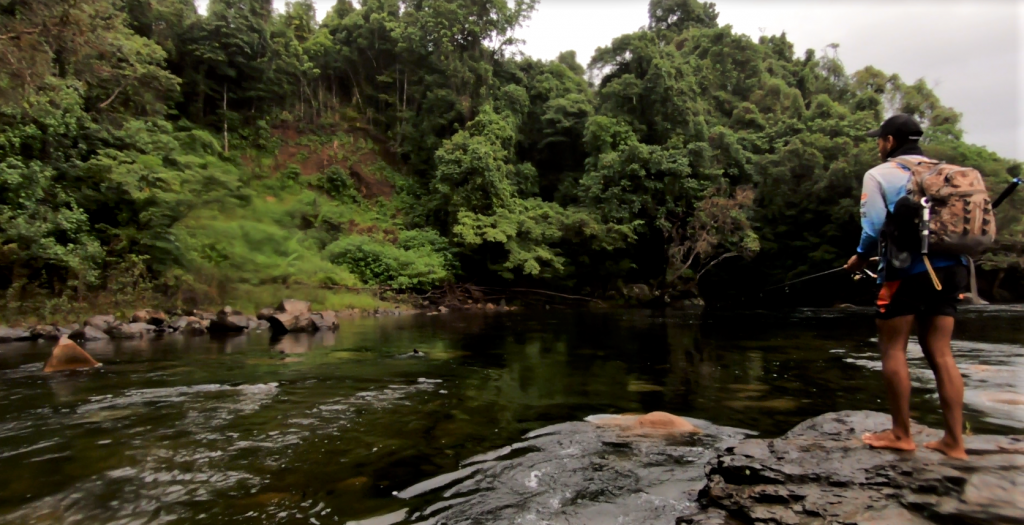 After getting a taste of this Rozante’s performance in the creeks and dams, I cannot wait to see what this little minnow can do further afield.

Oh yeah… on a personal note, don’t wander down a river at night with no torch and make sure to watch out for; cyclones, broken bridges, four-meter salties, whirlpools, hypothermia and extremely slippery rocks. These can all be easily avoided by bringing a head torch, checking the weather, reading signs, using common sense, packing spare clothes and wearing the appropriate footwear.