We are putting the final touches on FangPop 120, FangStick 140 (Pencil Bait), FangShad, Fang Giant, Soft Big Bait and many others. In the first half of the trip there was no rain and we also caught a few big ones but the activity of the fish went down in the second half due to strong rain. Nevertheless we got some good fishing done! 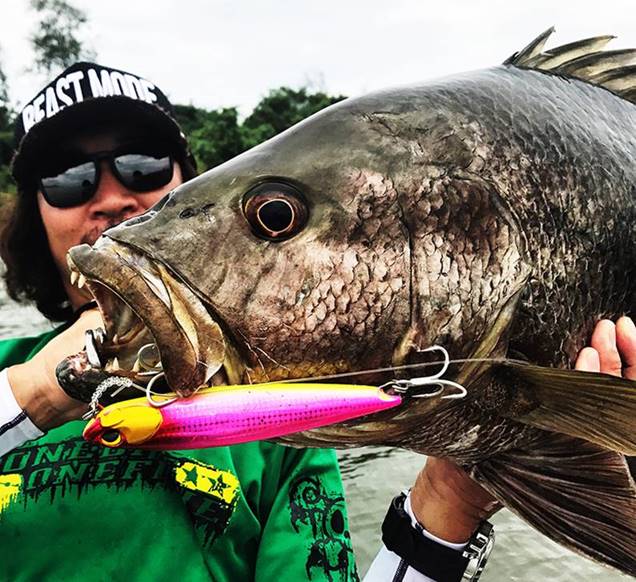 This Stick 140 is a pencil bait fully wired through with added rattling sound and head swing (dog walk). I think that both PNG and Australia with bass and barra are well suited for this bait as are the predatorian species of Latin America. 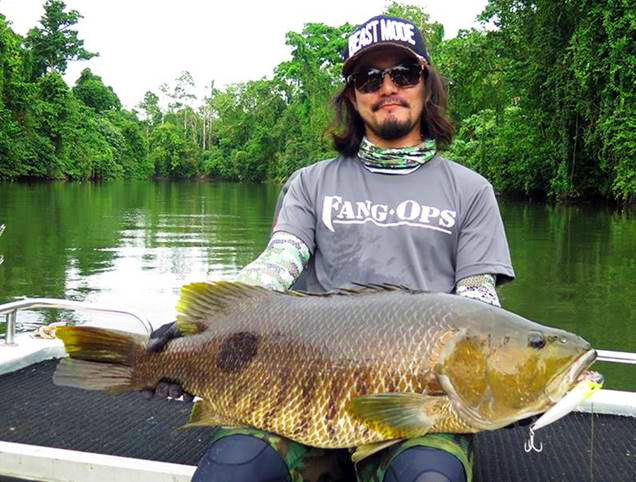 Spot tail bass with over 30 lbs on Fang Pop 120 when flying.

FangPop 120 is almost finished and is ready for release in September. This upsized version of FangPop is ready also for saltwater game for species like GT with its variable action responding well to straight retrieve as well as walk the dog. 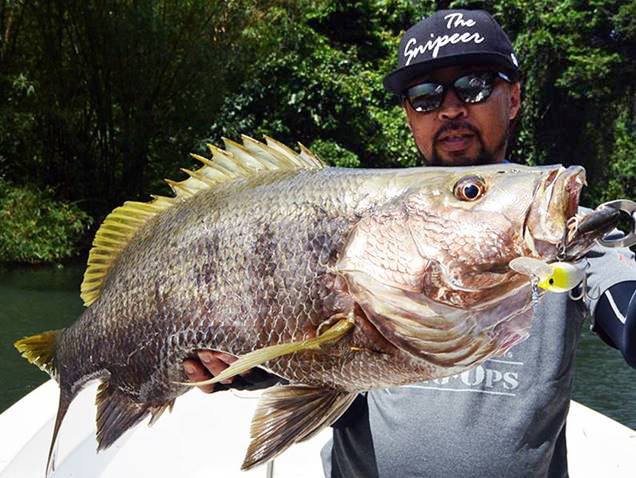 When targeting the structure it is important to use 120 and 140 DR properly. It is good to decide the size of the lure according to the water depth, but if you want to make contact with the structure sooner, such as using 140 DR at the depth of 120 DR, if you give priority to the contact break speed to the structure, fishing results will change, . 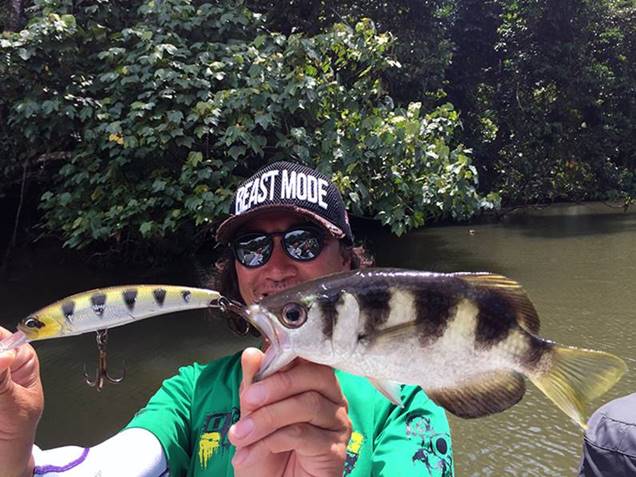 One type of bass favorite baitfish is this “Archerfish”.

In the estuary area, it`s a very popular color choice for lures and we also have it available in Fangbait as well as FangPop in the “Ghost Archerfish” pattern. 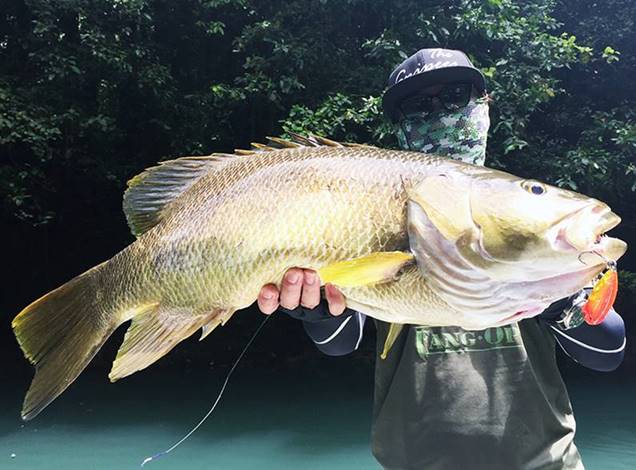 Another one for Mr. CEO!

Spottail that went out to POP 105 when it moved upstream to the upper stream without being influenced by turbidity. The spot tail bus is a fish that you want to boil down fishing by using the Fang series in the future as long as the condition of the river is good, it is not so difficult fishing, but a nervous fish that will not use mouth with a slight change in water quality.