Fishing in Croatia: The autumn rain over the river, asp and Bay Ruf Manic 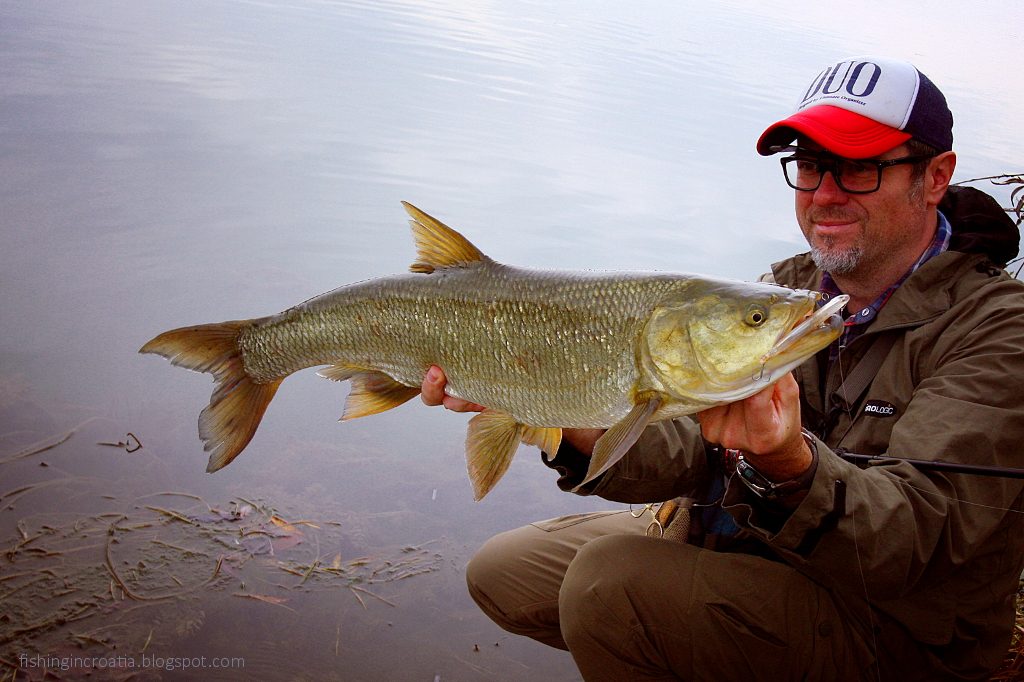 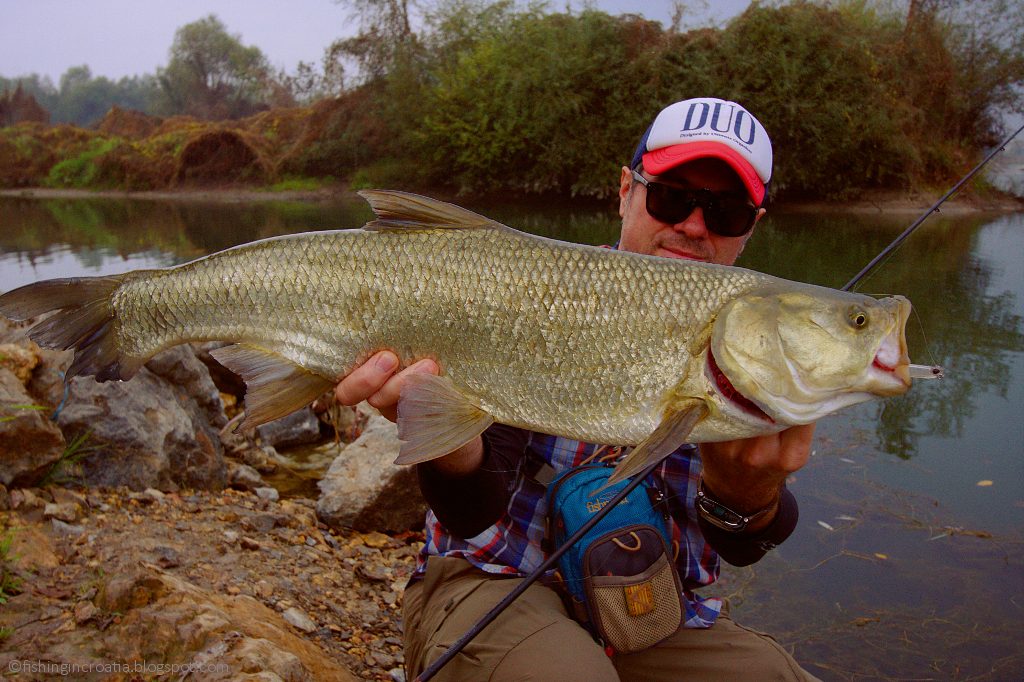 Autumn is an perfect period for fishing. Summer heats are gone, days are colder and river temperature is slowly cooled, what have positive influence on the fish appetite. River predators will seize every opportunity to fill up the stomach, as long as there are enough prey swimming around. Asp is a river predator, that attacks a schools of bleak (small fish species) especially at the surface of the river. Bay Ruf Manic is lure like no other, that won many anglers in a short period. I would say, if you are fan of top water fishing at rivers here in Croatia, probably that there are no better hard lure for asp. 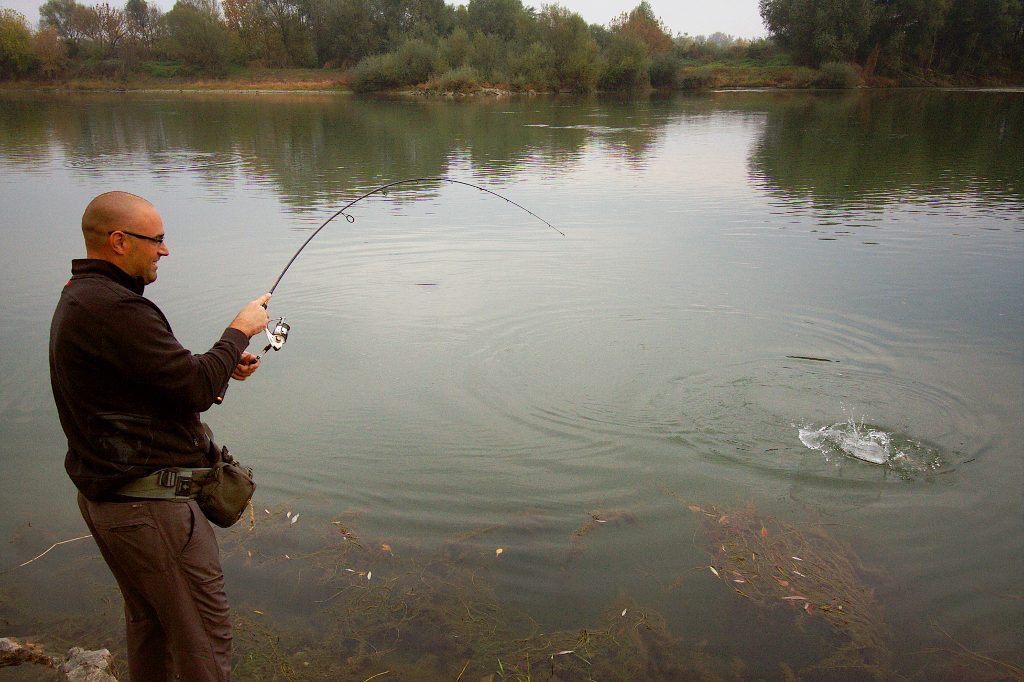 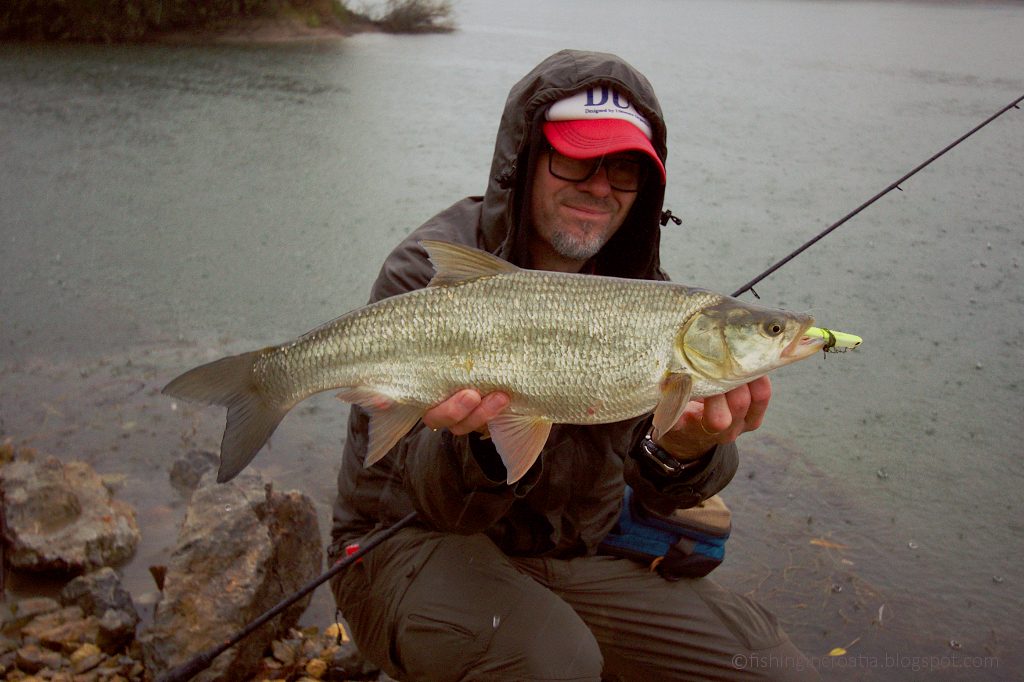 Top water fishing for asp is so dynamic, attractive and explosive, and today we had fishing from dreams on our local river Sava. The day starts with heavy rains and after few hours of raining, sun came out of the clouds. Friend Branimir and me started fishing with Bay Ruf Manic and in a short period without rain we had several attacks. First half was finished with 5 fish caught within the period of one hour of fishing. Than we made a short break and moved to another place. We thought that shoal of asp will have rest and will forget our lures during this peaceful period. Second location was not so good when another heavy rain started with thunderstorm, so we almost gave up. 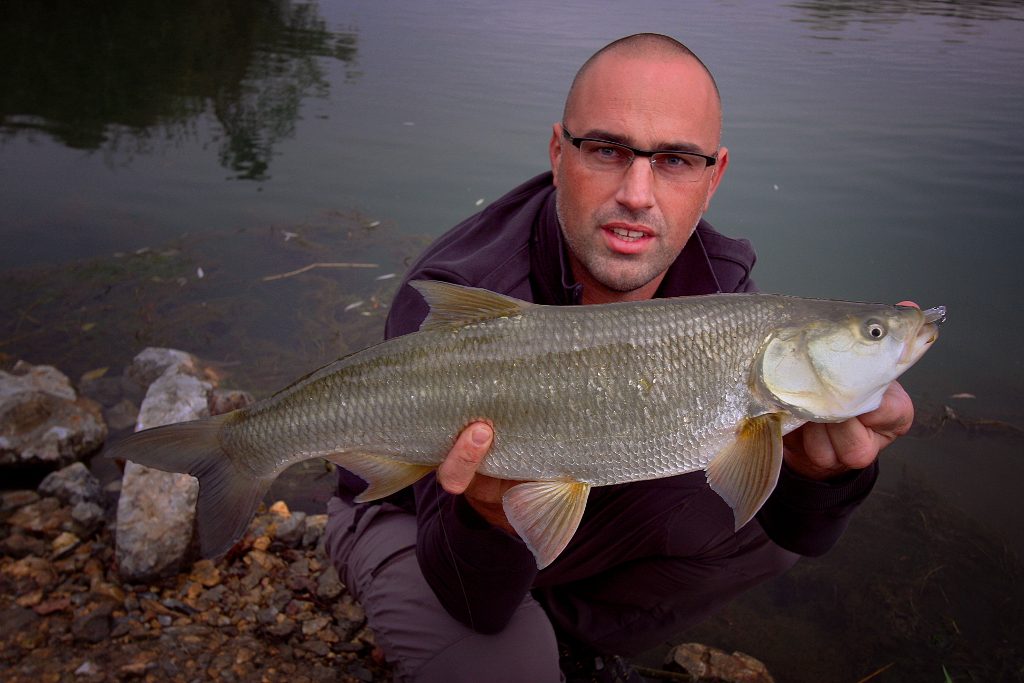 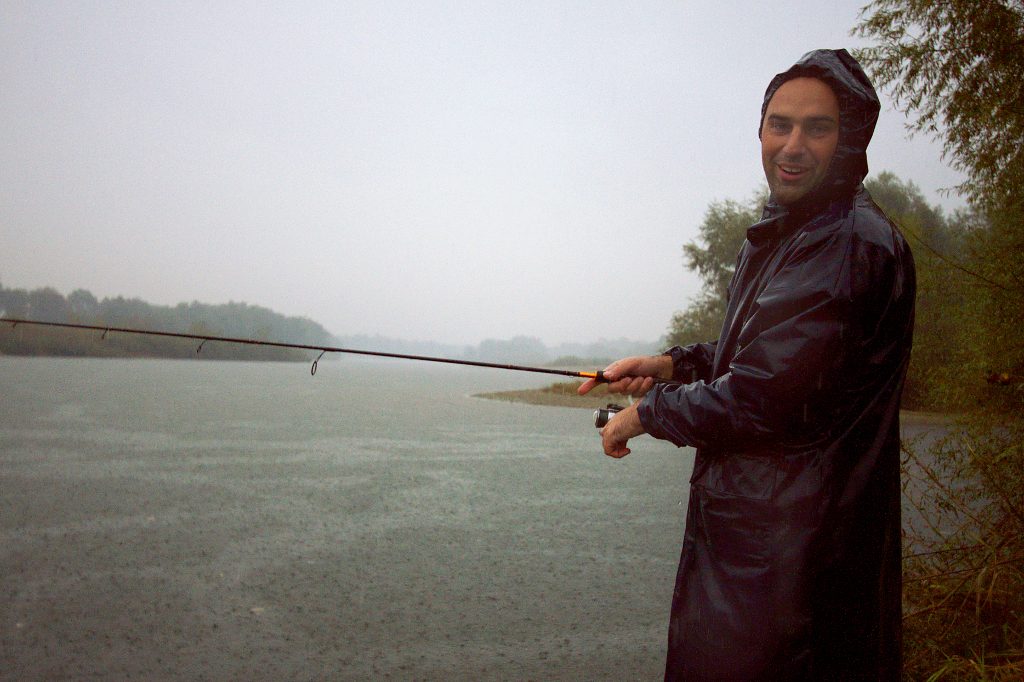 We were sitting in a car, waiting the rain to stop and made a decision. We will go back to the first place and try to fish 20 minutes during the heaviest rain, until we get wet completely. We did it and had another series of attacks with several asp of decent sizes caught. Asp were less cautious during this raining period and took even different lure colors than the transparent one. At the end this was a nice “2 hours” fishing with a two half times. The dry one and the wet one. Both were good, but the fish aggression during second, wet half was something incredible and it was a pretty exciting to watch all attacks and fish jumps over these mighty lures – Bay Ruf Manic in sizes 88, 95 and 115. 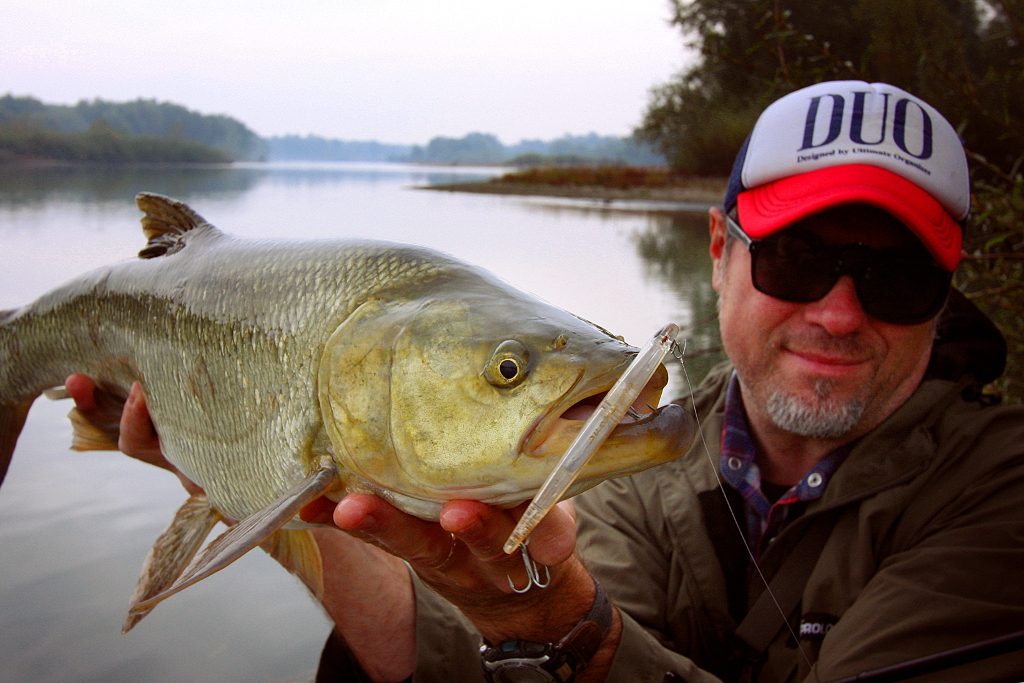 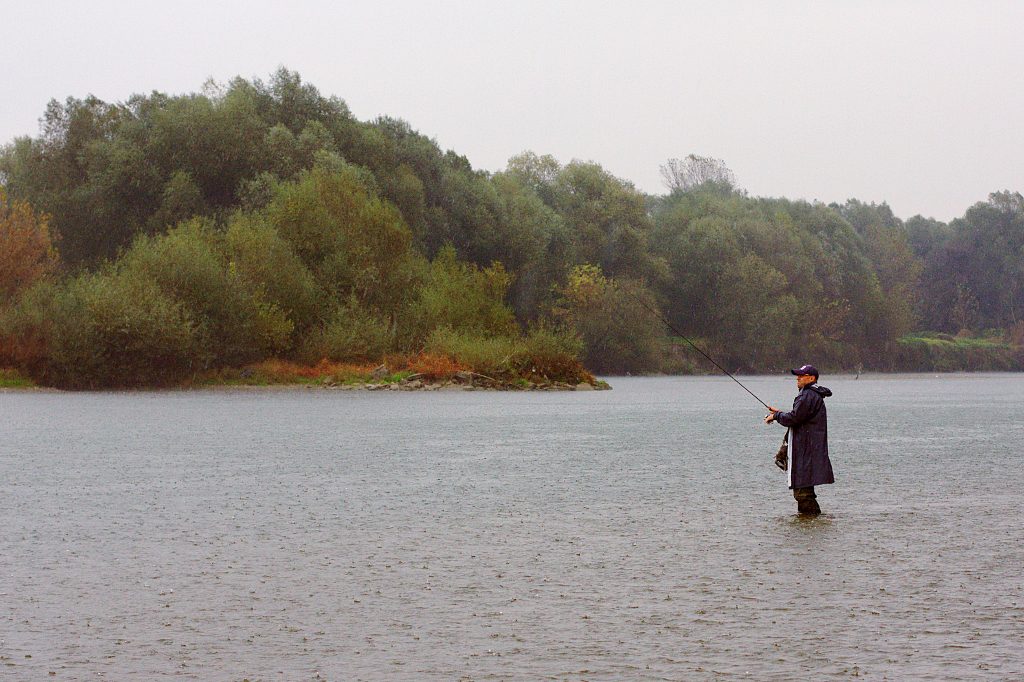