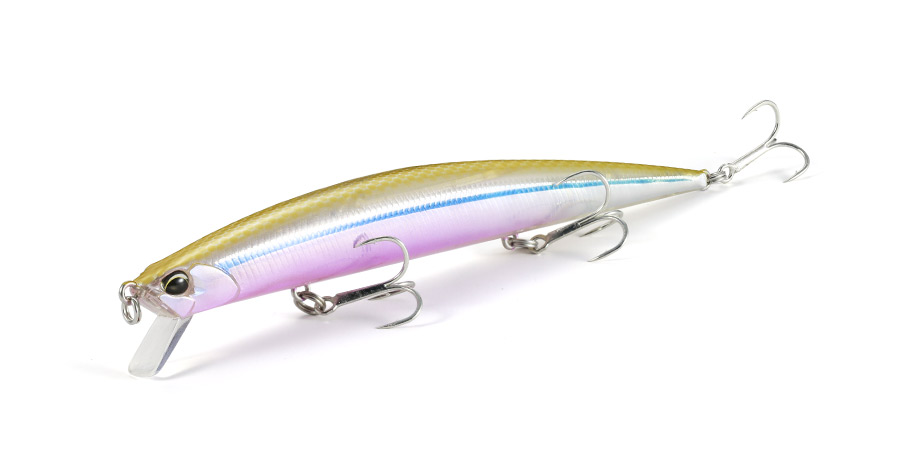 A smaller Slim for even more swift snatches!

The original 175SP gave anglers a much needed suspending model from the Tide Minnow range of lures. This led to the development of the 140SP. The strengths of the larger 175SP have been combined into a smaller package allowing anglers to target fish that they would not get with the larger model. The lure will sit quietly in the water until a jerk releases its enticing moves to get a quick bite! While the 140SP performs well in many water conditions, it has been developed for optimum performance in the high salinity of the Mediterranean area.