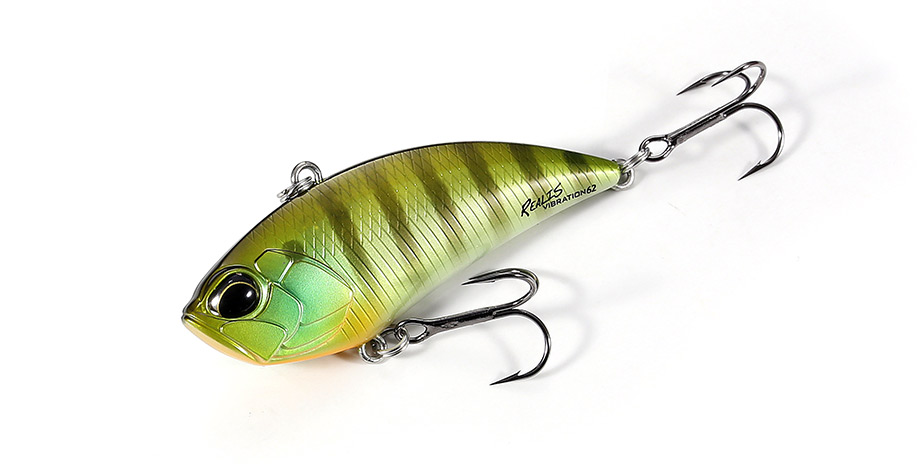 The second generation model of the legendary “Slaver VIB”

It inherited the thin yet highly dense design, but we also added a sharper body design and successfully increased its density while maintaining its total body weight. This has resulted in an improved response and probing ability.

By aerodynamically designing the stomach area, it has stabilized its flight posture resulting in an improved casting ability. With this one will be able to efficiently search a large area.

This vibration successfully creates a tight pulsating effect. It doesn’t lose balance at super high speed retrieval and has a stable response. It also triggers a “reaction bite” when an angler tries to jerks the lure off a snag. The reeling stress has also been greatly minimized.

It creates a violent rattle sound unimaginable from the thin body. We have increased this characteristic by utilizing our original blend of hard resin for those lures which are not clear bodied.