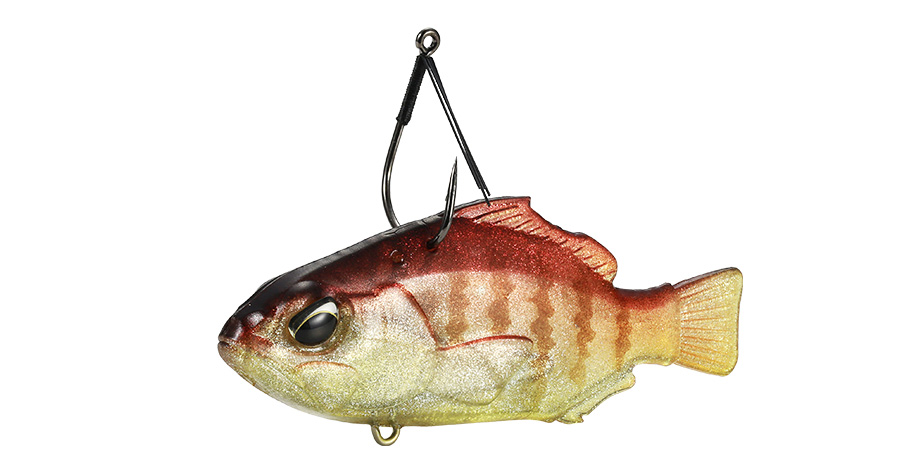 The largest of the Nomase series, the Deka Nomase Gill was developed for anglers who want to take their game further with larger species. As with the smaller Nomase Gill model, the Deka Nomase Gill features a soft body made of tough Elastomer material that gives natural movement in the water. The core of the lure is metal, allowing the angler precise control of the lure as with a hard lure. Unique to the Deka Nomase Gill is the easy to rig double line eye design. When the front one is used, the lure will enact a high pitched smaller vibration action. When the back one is used, the lure will do a strong vibration action. The snagless hook for this model is included. Various hook rigging options are possible with this versatile lure. The movement of its soft body in the water will create the vibrations needed to attract those big bites you are targeting!