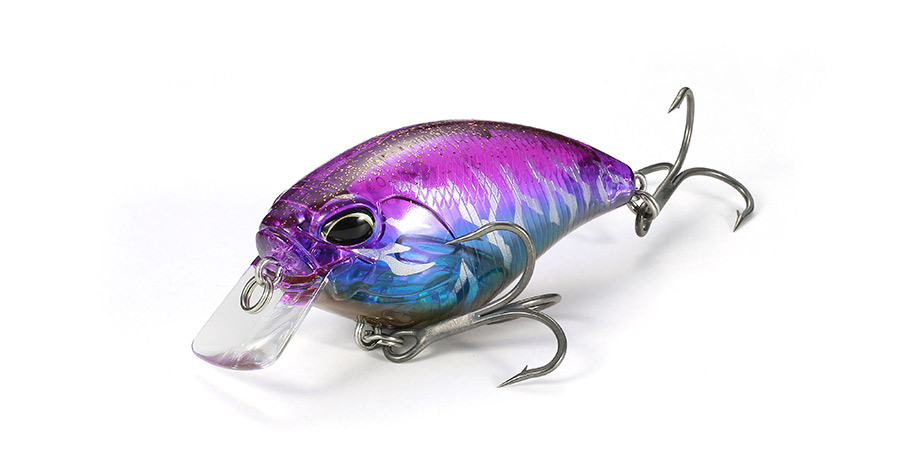 The new edge to squarebill fishing!

The advancement of square bill technology has led the way to many new products. Despite this, pro angling legend Aaron Martens knew that the market needed something extra. With many years of experience in the field of pro angling, Aaron had the expertise needed to fine-tune a great bait into a winner. DUO had the know-how to create great baits and make visions into reality. Aaron worked with DUO International to develop a square bill crank that gives anglers efficiency, consistency and a clear advantage over existing models. This collaboration created the Realis Apex Crank 66 Squared.

The squarebill lure is created for overcoming obstacles. The 66 Squared will deflect off obstacles and move through vegetation while maintaining its erratic hunting moves and dynamic action. Even after bouncing off obstacles, it will remain balanced thanks to its clever square bill design and carefully positioned fixed weight that gives it articulated action and pronounced vibration
In addition to being a meaty lure that will immediately get the attention of your target, the large body of the 66 Squared possesses significant buoyancy and water displacement force. It will free itself from vegetation in the water with little rod manipulation. It will give the angler the power to accurate casts in windy conditions.

Shallow water is where the 66 Squared shines. It is light on its feet, and able to perform at different retrieval speeds. It can be fished on several line diameters, giving it more flexibility in presentation. The versatility of the 66 Squared even extends to the hooks, allowing anglers to use several different sizes of hooks, without greatly affecting the performance of the lure.
For Aaron Martens, the mission was to create a large, versatile and agile square bill to give anglers an edge in the square bill game. The Realis Apex Crank 66 Squared is the accomplishment of this mission.