The area I live in Japan, Kumamoto (Amakusa) was hit with one of the strongest earthquakes since the massive disaster which crippled the North Eastern side of Japan with the huge Tsunami in 11th March 2011. Luckily, this quake originated from in-land causing no Tsunami’s in the area. Still countless lives were lost and many more houses affected.I hope those affected will be able to rebuild what they have lost and start over again for a better and brighter future. 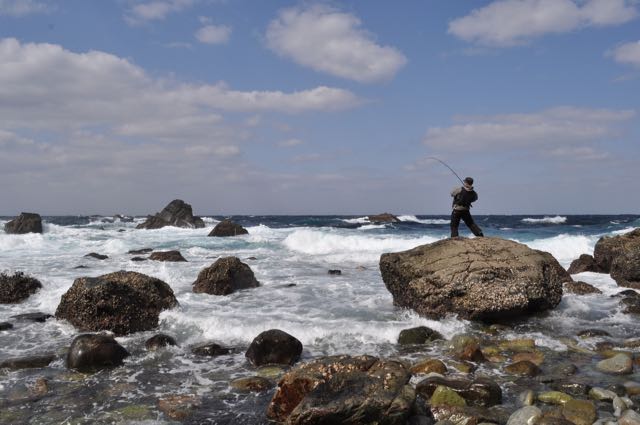 Before the quake hit, I went out to one of the southern islands in Kyushu called Koshiki. I had been here the previous year to check out its potential and enjoyed it immensely. So here I am, back again to try and catch my trophy fish I left behind last time. 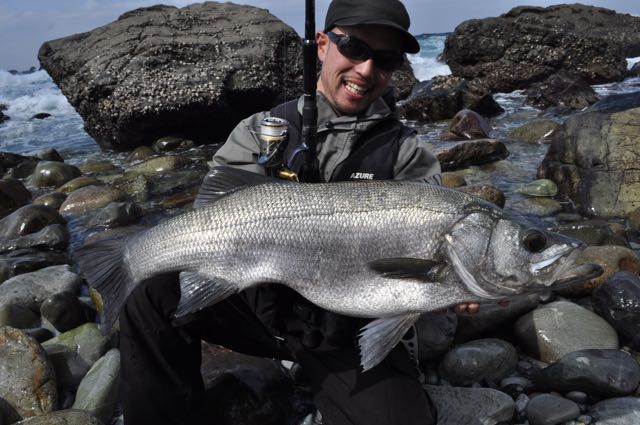 I came out here with a couple of different set ups to not only give myself a challenge but to also try a new approach in the blackfin seabass fishing. The first was my usual spinning set up, but loaded with nylon line instead of the usual braided line I use. I used to utilize nylon line for the blackfin but with the advantages of the PE line, I never looked back. Having said that, there are also great aspects to the nylon as well. With its stretchy characteristics, once the fish is on, it generally stays on. Its also much more durable compared to the PE line, helping me out in the rocky shore line. I was hoping that this stretchy and tough characterisitics would help me land my PB fish in the challenging conditions.

The second set up I took was the overhead reel tackle. As we cast in strong winds and heavy swells, its probably not the most ideal option to use overhead reels if you want to get the distance. But with a slightly heavier lure and careful casting, I was able to hit my mark and achieve the required casting distance. Plus, casting with overhead reels in these heavy conditions is so much more fun compared to what I have come accustomed to. 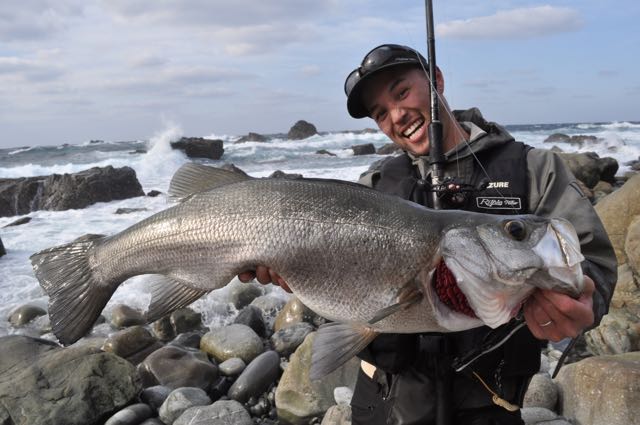 Although I didnt reach my PB, the fish I caught were all in great condition certainly testing my tackle to its limits. 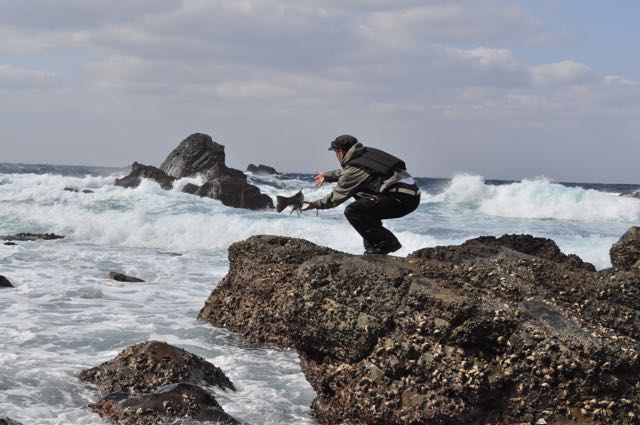 Below, you can see the slight modification I did to the Press-Bait lure. As it has the belly-hook-eye at the very frount of the lure (too far foward for my style of fishing), I added a long rolling swivel to this hook-eye with a split ring and then secured it to the lure with a “pull tie”. This enables me to load the lure with a decent size treble hook without the line picking it up at anypoint. 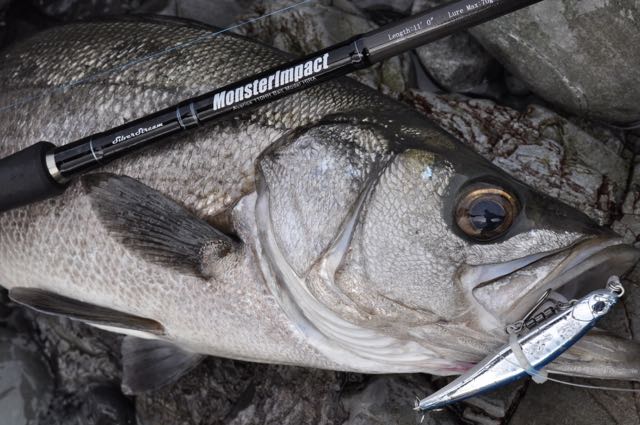 You can use a small rubber band inplace of this “pull-tie”. Instead of securing it around the body, you can secure it from the tail hook-eye and then the extended swivel + split ring section. 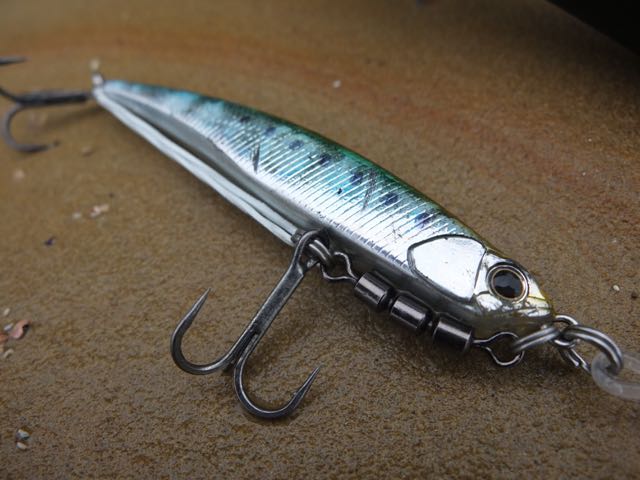 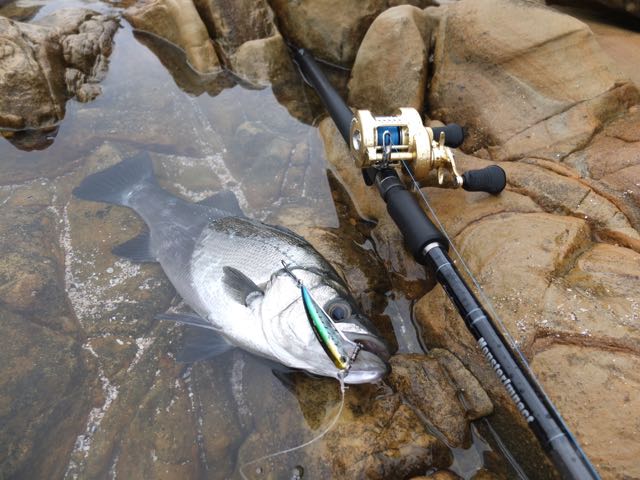 Here are the results. With the rubber band securing the hook close to the body, it prevents the hook from catching the line. Once the fish is on, the flexibility of the rubber band and rolling swivel has drastically reduced the chances of a hook-off even with heavier lures during the fish strong head shake.