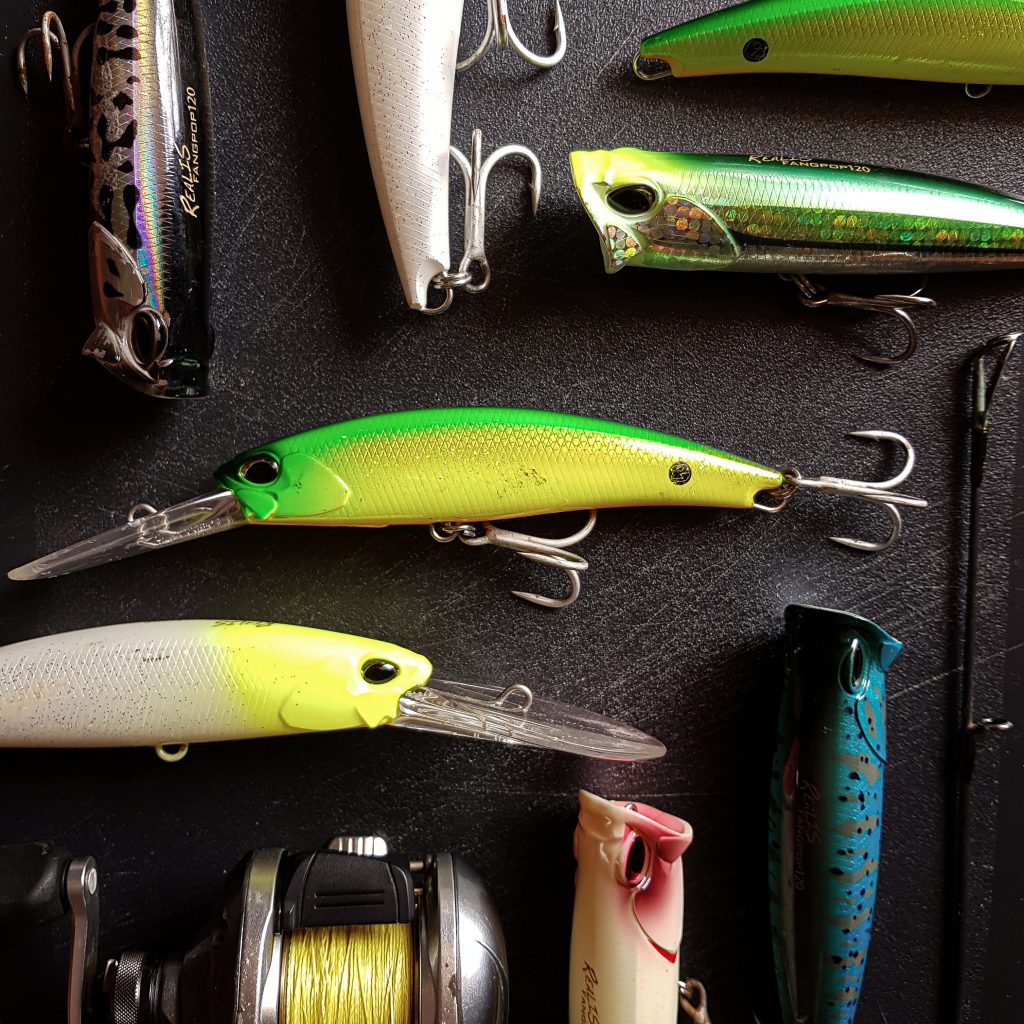 The “Fang Ops” concept was created by DUO CEO and chief lure designer Masahiro Adachi along with One Bite One Fishe’s Kazuhiro Uyama, a predator fishing icon. The Realis Fang Ops Series of lures have been specifically designed and engineered for the likes of Barramundi, Papuan Black Bass, Giant Snakehead, Northern Pike and the Peacock Bass. A very specific selection of species which all have extreme aggression, strength and power in common. What better place to put one of these lures to the test than Lake Tinaroo, the dam of giant barramundi.

Fishing cold and windy conditions in the middle of winter, I opted for the Realis Fangbait 120DR. Its smaller size and vibrant colours could be the key to tempting a fish to bite. Casting became difficult, and to cover more ground we decided to troll.
Diving to about 3 meters, I kept the hardbody on and had 100% confidence that its durable construction would easily withstand the force of a large barramundi. 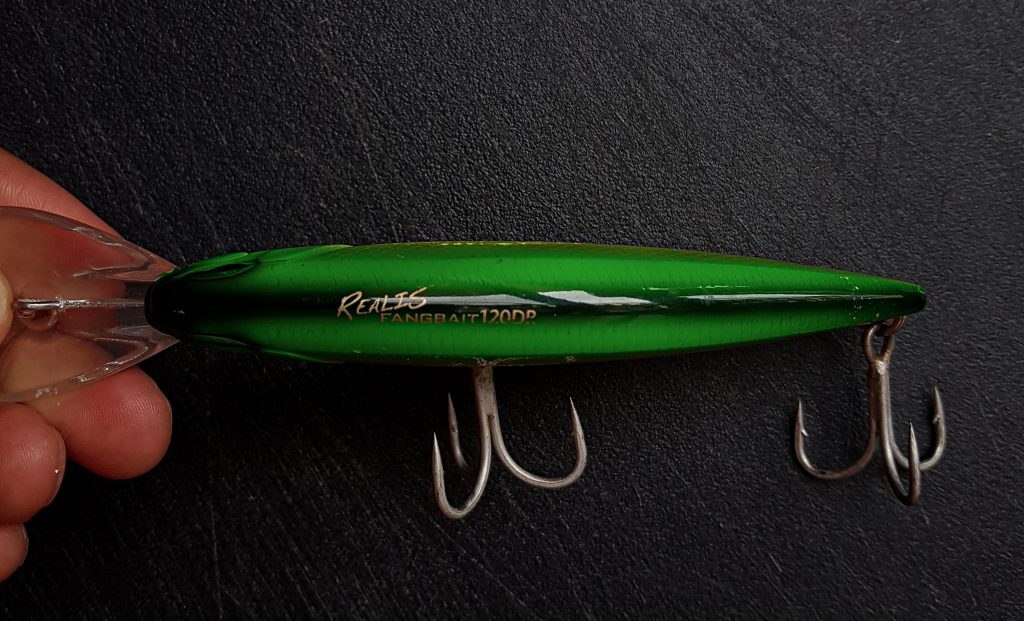 After trolling the river’s channel for just under an hour, my rod buckled over and line peeled from my baitcaster as if I had hooked some kind of pelagic species! It didn’t jump but judging by the sheer weight of the fish, it wasn’t going to be an easy fight. Running only 20lb braid and 40lb leader, every moment felt as if it were the last. Every head shake, every run, every pulse through the rod tip made me flutter with anxiety. I did not want to lose this fish. Finally after 10 minutes, this beast surfaced and a sigh of relief left my lungs. 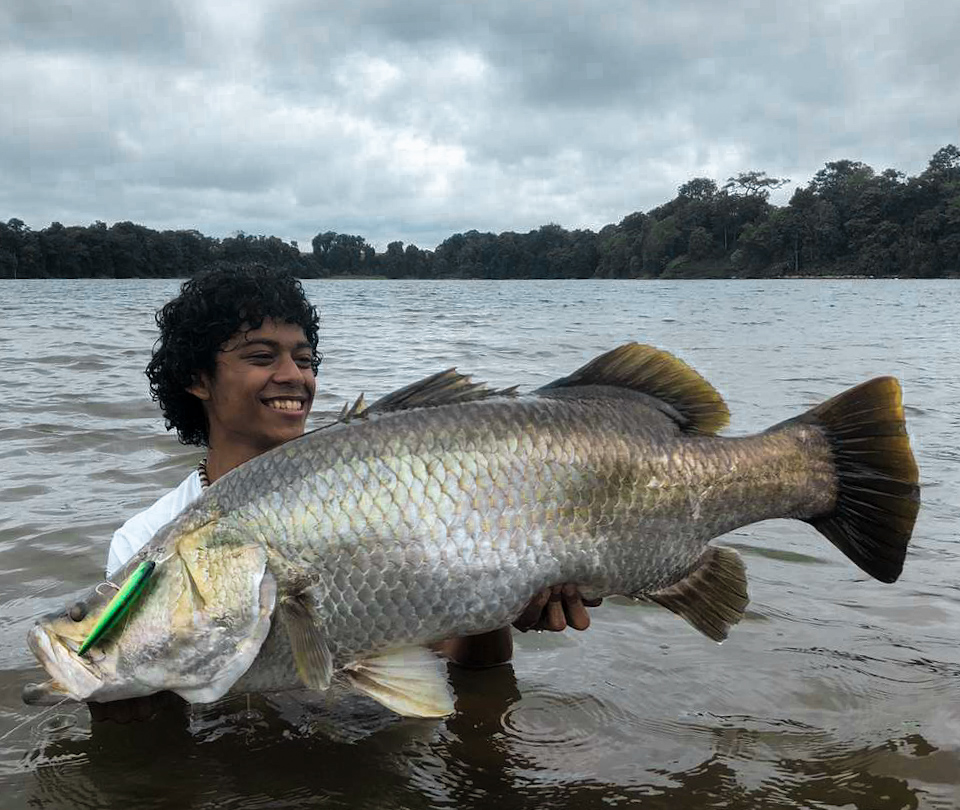 This one weighed in at just over 20 kilograms (44lb) and 103cm. its back was quite broad indicating a healthy, well fed fish. This was the winter beast I came for. 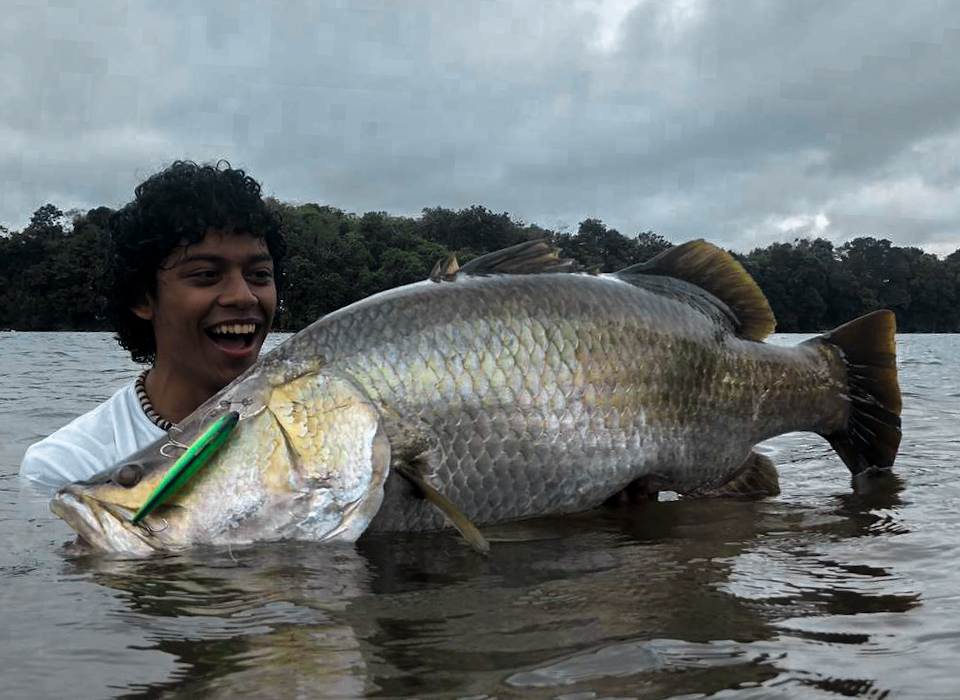 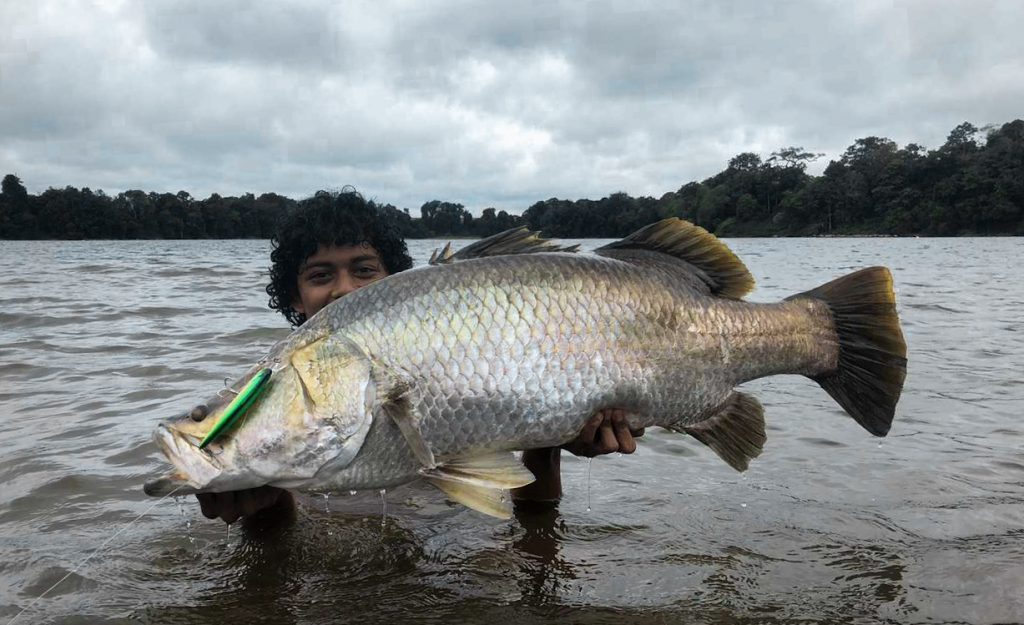 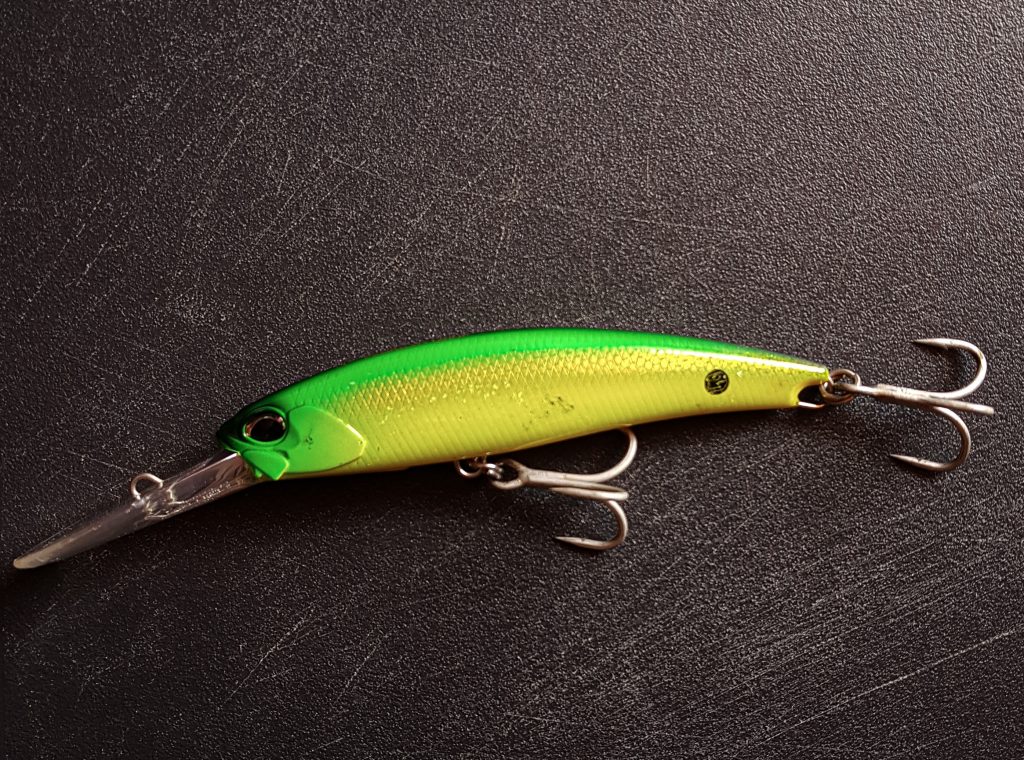 After a few happy snaps, I sent her on her way fully recovered. Although not my biggest barramundi, it definitely gave me a run for my money. Without the solid construction of the Fangbait 120DR, there wouldn’t be much chance of landing a fish of this size and strength. This is what the “Fang Ops” concept is all about.