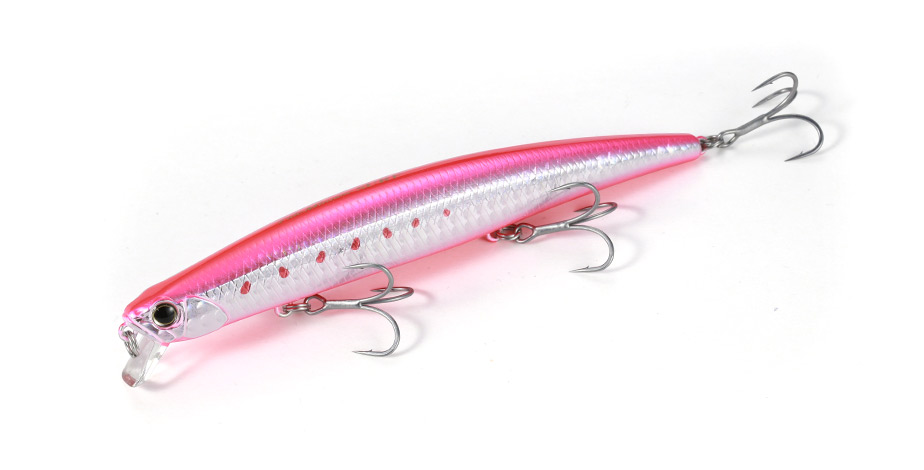 Fishing grounds which face the open sea are directly affected by the wind and the waves and often get rough. Whereas many lures tend to lose balance in big swell and strong outgoing currents, the 135 Surf was specifically designed to be used under these conditions.